Some statements are meant to be heard at certain times in your existence. I had one such moment recently and it felt like I got punched in the brain. The very words stayed with me all day and I couldn’t shake them. They remained like a fragmented echo of a melody heard once, however in this scenario you were only moved by the smallest portion of the melody. 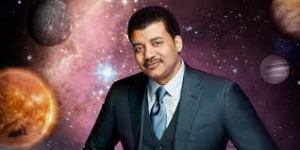 The subject was gravity on the latest episode of Star Talk with Neil deGrasse Tyson. In it he was describing the relationship between Matter and Space; Dr. Tyson uses a quote by physicist John Wheeler.

“Matter tells space how to curve…Space tells matter how to move.”

I found this statement to be incredibly poetic. However, in a flash I thought of curves, movement, dance, motion, weight and space. It was about so many thing at that precise moment. Who knew I’d like getting punched.

Dr. Edward Castro has been teaching instrumental music since 1998 and has been a faculty member of Eastside Preparatory School since 2017. In addition, he is a lecturer and affiliated artist at Pacific Lutheran University and Seattle Pacific University. Ed is a founding member of the Mosaic Brass Quintet, a member of the Lyric Brass Quintet and regularly performs as a freelance trumpeter for groups such as the Tacoma Opera, Tacoma Symphony and Seattle Symphony. Ed lives with his wife, his young daughter and Sammy the poodle. View all posts by Ed Castro

This site uses Akismet to reduce spam. Learn how your comment data is processed.